Adopted by our council in 1963, MCAS Yuma’s in-garrison marines are primarily assigned to the station’s Headquarters and Headquarters Squadron (H&HS).

Adopted in 2014, the Navy Branch Medical Clinic is a Detachment from Naval Hospital Camp Pendleton and operates as the medical clinic for the MCAS Yuma community. The BHC (medical/dental facility) serves as the focal point for all Yuma US Navy celebrations and events.

Adopted in 2015, the Branch Dental Clinic is a Detachment from the USMC’s 1st Dental Battalion, Marine Corps Base Camp Pendleton. It operates as the primary dental clinic for the MCAS Yuma community. The BHC (medical/dental facility) serves as the focal point for all Yuma US Navy celebrations and events.

Adopted in 2016, USNS Yuma (T-EPF-8) is the eighth Spearhead-class expeditionary fast transport and will be operated by the Military Sealift Command. It will be the fourth ship in naval service named after Yuma, Arizona. The YUMA was christened on 20 August 2016 by ship's sponsor Janet Napolitano and launched at Austal USA in Mobile, Alabama on 17 September 2016. The YUMA was adopted in a formal ceremony 16 September, 2016 at Austal’s shipyard by representatives of the Yuma Council in attendance. As the adopting council of a brand-new ship, our YUMA NL members are considered EPF-8 “Plank Owners”. 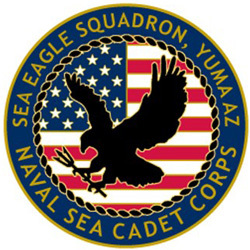 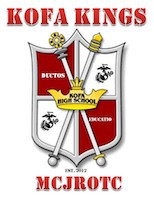 Sponsored by the Yuma NLUS Council since its inception, The KOFA Kings MCJROTC was formally adopted IN 2019 after several years of sustained performance thereby strengthening the cadets and League members relationship. The MCJROTC is for high school students attending Kofa HS.

Sponsored by the Yuma NLUS Council since its inception, Yuma’s Young Marine program has grown to include a new unit that emphasizes the high expectations and leadership growth required of a top youth leadership program – earning the privilege of formal council adoption. The Territorial Young Marines were formally adopted by our council, 02 April 2019.

Donate to The Yuma Council

WHEN: TO BE DETERMINED
WHERE: OPEN TO PUBLIC – MCAS YUMA PARADE GROUNDS